This is the first installment of The Pragati Quiz, our weekly dose of stimulation to readers who are curious about the world.

1. This kind of street sign is fairly common in French cities at certain times of the year. They usually bear the warning – “attention aux vents au ______s.” Fill in the blank with a word that has been much in the news in India. 2. The highest grossing documentary of all time, which 2007 American documentary film by Michael Moore takes a critical look at the presidency of George W. Bush, the War on Terror, and its coverage in the media? The film was also awarded the Palme d’Or at the 2004 Cannes Film Festival.

3. This material was invented by Swiss chemist Jacques E Brandenberger. Jacques saw a wine spill on a restaurant tablecloth and was inspired to create a cloth that would repel liquids instead of absorbing them. He created a film using cellulose that was transparent as well as water resistant. What material did Jacques create and name appropriately?

4. In the Ramayana, it was where Bharata stayed during Rama’s absence and ruled the kingdom from, as Rama’s representative. In modern India, it is the location of a failed attempt to set up an SEZ and a police firing that led to the death of fourteen people, and became the rallying point for a regime change. What’s the common name?

5. Members of which profession are required to memorize or refer to a list of profanities in several languages as a requirement of their job? Recent (2018) examples include James Keothavong of the U.K. and Kader Nouni of France.

6. Yonatan (Yoni), the brother of the current Israeli PM Benjamin Netanyahu, was killed in action when he led an elite unit to rescue hostages at which African airport in 1976?

7. Besides being capital cities, what else do Beirut, Bogota, Cayenne, Kabul, Lilongwe, Mbabane, Nairobi and Ottawa have in common?

8. This is the main church and the iconic landmark in a city that celebrated its 800th anniversary in 2005. The restoration work on the church was completed in 2005 notably by privately raised funds. The gold cross on the top of the church was funded officially by “the British people and the House of Windsor”, for specific reasons. Which city? 9. The world’s busiest single ferry route by number of departures operates across which strait between Helsingborg and Elsinore, cities respectively in Sweden and Denmark?

10. In 1960 an iconic American ‘institution’ based in Manhattan moved its offices away from 1475 Broadway after more than a half century. What is that popular location still called, being named in honour of the institution in question?

11. About what food item, much in the news in India, did Sweden tweet on April 28, 2018 stating “………… are actually based on a recipe King Charles XII brought home from Turkey in the early 18th century. Let’s stick to the facts!”

12. In the Middle Ages in Britain, criminals who had escaped by benefit of clergy were branded T for Thief, F for Felon and M for Murder at the base of their right thumb. This is the reason behind which now-universal practice in law, in public office etc.?

13. Peter Hodgson was a seven term New Zealand Labour MP from Dunedin North. During his time in politics he held a wide range of over 14 different portfolios. This included one special portfolio which he was given in addition to his other cabinet duties for a few months in 2001. This portfolio had significant economic implications for New Zealand.

What nickname was he given as a result of this special portfolio?

14. What term, also associated with failure, is used for such baskets used to carry Chianti bottles? 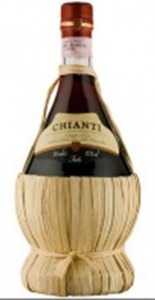 15. In a shared-resource system, individual users act independently according to their own self-interest, contrary to the common good by depleting or spoiling that resource through their collective action. Which seminal 1833 essay by William Foster Lloyd, describing overgrazing of pastures in Britain, lends its name to this economic phenomenon that is highly relevant today?

16. According to BP, OPEC, and U.S. EIA (Energy Information Administration), which country has the world’s largest known oil reserves? However, most of it is the form of tar sands, which makes it expensive and challenging to process.

17. In India, we use the American term for professionally managed investment funds that take deposits from the public, and call them Mutual Funds. However, the British name for the same instruments was once very familiar to an entire generation of Indians, in a slightly different context. What do the British call Mutual Funds?

18. This is the logo of which monumental and indispensable work first published 250 years ago in Edinburgh, Scotland? It saw its final print edition in 2012. 19. It was a language used in the eastern Mediterranean Basin from the 11th to the 19th century. With words drawn from Italian, Old French, Greek, Arabic, Portuguese and Spanish, it was used by traders of different countries while conducting commerce in the Mediterranean. What was it called?

20. Who was famously sentenced to death on these (paraphrased and seemingly innocuous) charges? No witnesses were called.

1. Undermining authority,
2. Non-payment of taxes, and
3. Self-proclamation of monarchy.

1. Rafale. The warning means – “Beware of Gusts of Wind,” which can actually rock cars and snap flags at times. A rafale is a gust of wind.

4. Nandigram, which Mamata Banerjee used as a poll plank to lead Trinamool to power in West Bengal.

7. All stand on rivers bearing the same (respective) names.

8. Dresden, the city controversially razed to the ground by excessive Allied and British bombing.

9. Oresund. It is also the name of the bridge made famous by the bilingual TV series Bron/Broen. 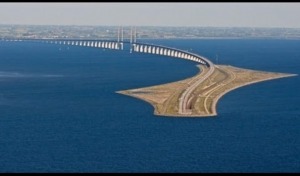 11. Swedish meatballs (as served in Ikea, though not in India).

12. Oath-taking by raising the right hand. When you raised your right hand, the judge checked your criminal record.

It was estimated that the movie trilogy contributed over $200m to the NZ economy.

19. Lingua Franca – literally the language of the Franks, but actually applied to all Western Europeans during the late Byzantine Empire.